1) Name and place of origin

My name is Alan Wilkes. I’m from Long Beach, California, in Southern California. I moved to the Bay Area 5 years ago to go to UC Berkeley.

2) Have you ever taught ESL in a foreign country?

I got my TEFL certificate in Spain (which allows one to teach English as a second language) and I taught there for a year in Madrid. Teaching English in Spain is different than here though. They had smaller classes, a lot of one-on-one, and a lot of small groups, taught through a number of schools.

3) What do you enjoy about teaching ESL?

Getting to know people from a lot of different places, learning about myself through their culture, and teaching them what I consider to be the best things about being an American, in particular letting them know that not all Americans are the stereotype of Americans—that Americans can actually speak other languages, that they’ve actually been to other places, that they understand how to world works. I feel that as an ESL teacher, I represent our culture, so I’m trying to put that culture in the best light possible.

Read, write, go to the park—Dolores Park. One of the best things to do on a sunny day in the Bay Area is go out with friends, get a blanket, grab some beer, and sit in the park. Inevitably, whoever is sitting around near you ends up becoming friends with you, which is another thing I really love about the Bay Area: people are a lot friendlier here than other places. They are also very diverse. For example, sport culture here is also intellectually driven, which isn’t seen everywhere. Speaking of sports, I also like to watch Warriors games.

Find a reason to really want to do it. This applies to any language. Just like anything else that is hard, you have to keep doing it, and if you’re not really interested in doing it, you’re not going to succeed. Other than that, as far as practical things are concerned, the most important thing is to learn in as many different contexts as possible—watch movies, listen to the radio, listen to different types of radio shows, listen to music, and immerse yourself as much as possible. When I was learning Spanish, I used to just turn on the TV and put it on Spanish language stations even when I didn’t understand anything, and would just let it play in the background, so I always had it in my head. I would find music I liked, and then I would read the lyrics with the music and I would sing along. That way I learned how to pronounce better and I learned more vocabulary. The internet is also a great place.

Tips for people who want to learn how to live here: it is really important that you create a social network, because this is a very hard place to live without one. 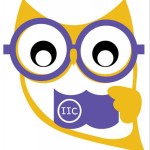